The Robot Academy is an education resource that provides more than 200 short lessons on specific robotics topics, including robot arms and computer vision.

Robotics, computer vision and AI are revolutionary and transformative technologies that will influence all areas of society.

Established as a major Centre initiative in 2015, the Robotic Vision Summer School (RVSS) offers attendees a unique opportunity to learn about these technologies.

It is the only annual course of its kind in the world.

Developed with both graduate students and industry researchers in mind, RVSS is a week-long immersion in robotic vision theory and practice, designed to cultivate and inspire the next generation of vision-based roboticists.

Since 2015, the Summer School has drawn a total of 393 attendees including both international and domestic students and expert speakers. In 2019, it hosted 78 attendees, made up of 57 domestic and 21 international students (including five from the Centre’s overseas partner organisations).

Staged at ANU’s Kioloa Coastal Campus on the southern coast of New South Wales, RVSS also promises a unique immersion into the beauty of Australia, where beach meets bush and Aussie wildlife abounds.

In 2019, The Australian newspaper published a LIFE feature about RVSS after Senior Technology Reporter Chris Griffith experienced the Summer School’s immersive nature. He wrote: ‘[RVSS] Students are pushing the boundaries of what robots can, and should, learn…’

Tragically, areas around Kioloa were hard hit during Australia’s 2019/2020 fire season, which witnessed the worst bushfires in decades. As a result, RVSS 2020 is relocating to central Canberra. It is hoped the Summer School will return to its home of Kioloa in 2021. 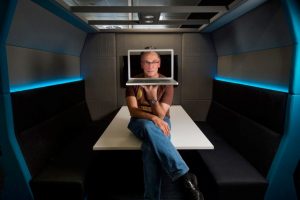 The academy celebrated its second birthday in 2019 and achieved a major milestone of delivering more than one million lessons. That’s an average of over 10,000 lesson views per week or nearly one view per minute.

The Robot Academy is an education resource that provides more than 200 short lessons on specific robotics topics, including robot arms and computer vision. Courses are equivalent to second or third year university level.

Professor Corke is passionate about robotics education. His open-source software and textbook Robotics, Vision & Control are widely used for teaching around the world. His teaching has been recognised with the 2017 Australian University Teacher of the Year award, and the 2015 Wharton-QS Stars Reimagine Education Award, on top of his acceptance as a Senior Fellow of the international Higher Education Academy (HEA).