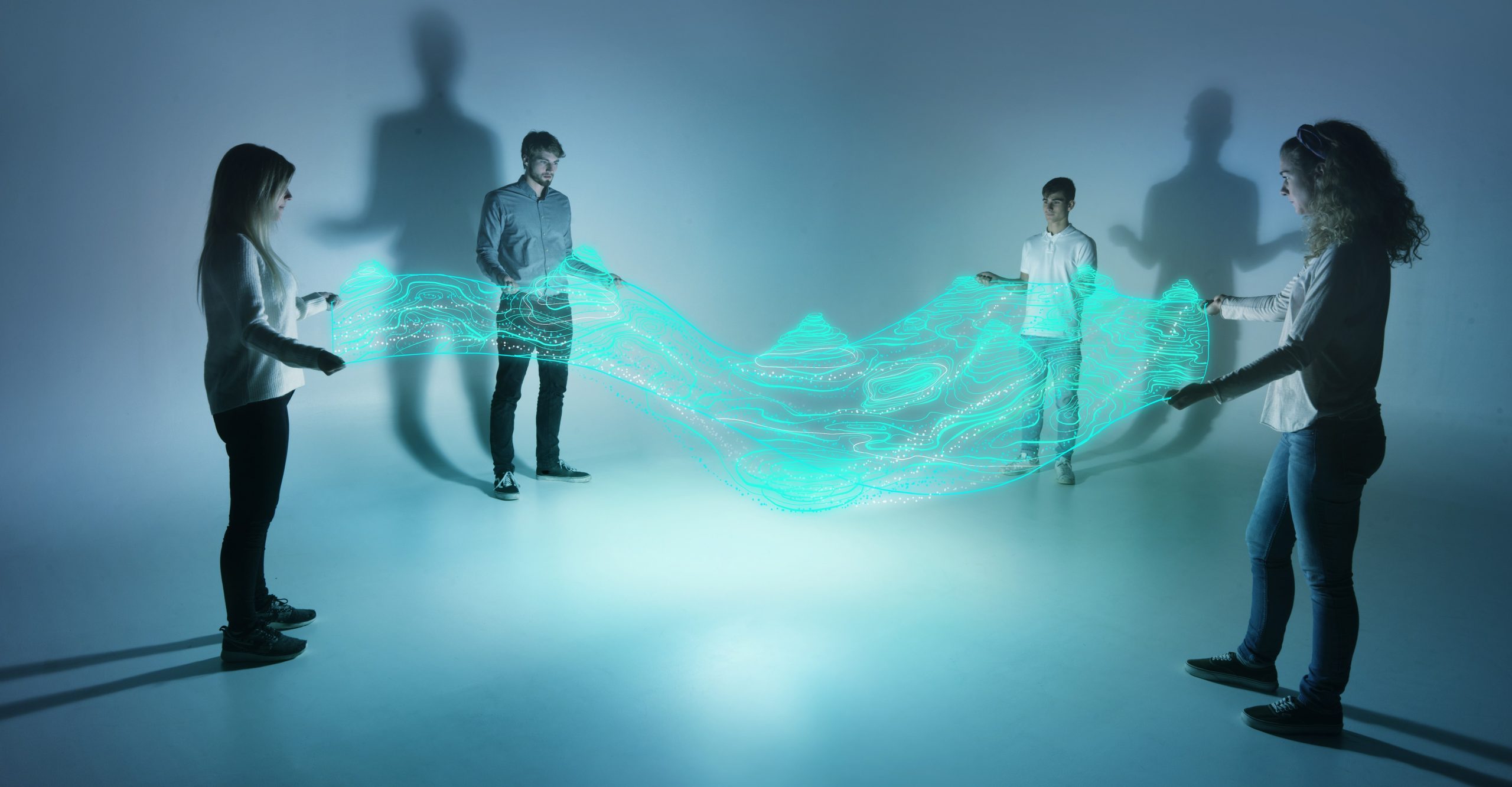 Sharing and expanding knowledge with our research networks helps to ensure the best possible outcomes for the discipline of Robotic Vision.

Our researchers published a total of 205 papers, including 107 conference papers and 98 journal articles. See the 2019 Publications page for a full list.

We led 160 government, industry and business community meetings and presentations, bringing the complex world of robotic vision to a wide audience.

The Centre hosted 43 international visitors from 35 organisations and 15 countries in 2019.

The Centre also encourages our researchers to take advantage of opportunities to travel to other domestic and international laboratories and global technology giants to gain new insights and expertise in research approaches.

The Centre participated in the RoboCup@Home challenge held during RoboCup 2019 in Sydney. Our team entered “Rocky” a robot butler and mobile manipulator. Made with parts from around the lab, the challenge was around making a general-purpose robot butler. Tasks the robot could perform included taking out garbage and navigating to different areas around a “house” to collect it; and greeting people when they arrived, taking them to a seat, and introducing them to other people in the space. The team came sixth in the competition, and the challenge has spurred further research.

Our first Robotic Vision Challenge was launched and two workshops were run as part of this challenge. The Probabilistic Object Detection Challenge (PrOD) workshop was held during the Conference on Computer Vision and Pattern Recognition (CVPR), Long Beach, United States in June. This was a collaboration between Centre researchers in the Robotic Vision Evaluation and Benchmarking project team at QUT, Chief Investigator Gustavo Carneiro at the University of Adelaide, and long-standing partners from Google AI. A total of 18 international teams participated in the competition, and the four best teams presented their results during the workshop.

International conferences play a key role in growing our networks both at home and abroad. The Centre supports our researchers’ attendance at these events to share our findings, learn about important work other researchers are doing, and to recruit new researchers and students.

These activities lift our international reputation as a research centre.  This helps us attract world-leading researchers to Australia, further enhancing our international linkages and collaborative partnerships.

Centre researchers participated in key conferences in 2019 including: