The Asian Conference on Computer Vision (ACCV) returned to Australia for the second time in its 30-year history. The biennial event took place on the banks of the Swan River at Perth Conference and Exhibition Centre. Our Centre Deputy Director Ian Reid was ACCV General Chair, Chief Investigator Hongdong Li was Program Chair and Chief Investigator Richard Hartley delivered the keynote speech at the conference opening. Like ICRA, we broke records for the number of papers submitted (979) and accepted (274) as well as the number of delegates (550). Another great result for Australia and the Centre. 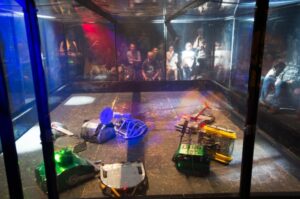 Australia’s first staging of the world’s premier robotics research forum, International Conference on Robotics and Automation (ICRA), was held in Brisbane in 2018. The event was the result of four years of planning by the Centre’s Advisory Committee Chair Alex Zelinsky, and Centre Director Peter Corke. It marked the first time the premier international forum had touched down in the southern hemisphere in its 35-year history. The Centre was a proud supporter of the conference and our researchers were involved in forums, workshops, tutorials, competitions, and also worked as volunteers. Centre Director Peter Corke was Program Chair of the conference which attracted more than 3,000 delegates from 60 countries; showcased the presentation of 1,052 papers; and generated a $10.5 million economic benefit to Queensland. 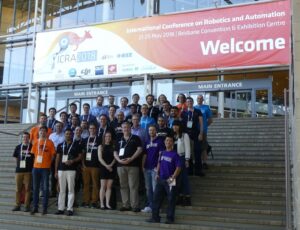 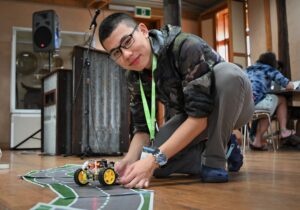 The Centre has run six Robotic Vision Summer Schools (RVSS) since we started! This annual event provides the opportunity for graduate students and industry researchers to learn about fundamental and advanced topics in computer vision and robotics. It provides a unique opportunity to experiment with computer vision algorithms on actual robotic hardware. It’s attracted students from all over the world. 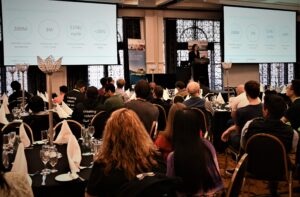 RoboVis is the centre’s annual symposium and is a key opportunity to bring everyone together across the Centre. We’ve held six RoboVis conferences since we began. These were at the ANU campus, ACT  (2014); Barossa Valley, South Australia (2015); Lorne, Victoria (2016); Moreton Island, Queensland (2017); Canberra, ACT (2018); and Glenelg, South Australia (2019).

RVSS was my first experience of the centre and really helped build ties between my cohort of PhD students (not least due to many games of Avalon spent trying to catch Tom Drummond out in a lie!). I’m glad I was able to contribute back as a postdoc and help organise it this year, despite fire, hail, and plague. In retrospect, we were so lucky to get the centre together in person before lockdown!