Construction sites are dangerous places, with injuries and some fatalities each year. Trip hazards are an ever-present danger, and represent an interesting practical and scientific challenge.

It’s not feasible for a robot observer to directly manipulate or test every trip hazard in the environment, nor is it safe to watch thousands of humans trip over objects as a training method. The most practical method is to learn from RGB or RGB-D data to detect trip hazards.

The problem is also interesting and challenging because it’s not the object type itself that primarily determines how much of a trip hazard something is, but rather its current affordance. A ladder standing up against a wall is far less of a trip hazard than when lying on the floor – so any learning system must be capable of distinguishing affordance from object class. This research is now being expanded into other domains including mining.

We conducted a comprehensive investigation into the performance characteristics of 11 different deep learning colour and depth fusion approaches, including four fusion and one non fusion approach; using both colour and two types of depth images. The resulting best performing systems were able to achieve a high level of competency in automatically detecting trip hazards in environments they had never seen before. 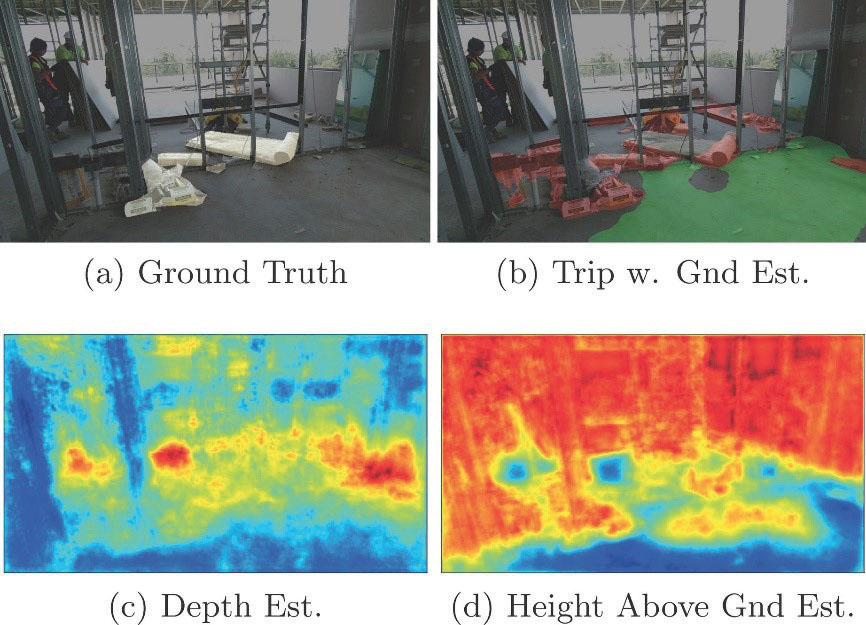