The Australian Research Council Centre of Excellence for Robotic Vision was formed in 2014. Our vision – to create robots that see – has brought together the most qualified and talented researchers in robotics, computer science and AI to create the new field of robotic vision. We are the world’s first research centre to focus on the problem of how robots can use the sense of sight to understand the world around them and be truly useful to people.

Robots are vital to our future prosperity. However, without ‘seeing’ and ‘understanding’ capabilities approaching that of human vision, a vast array of applications are closed to robots in the real world.  Our researchers are developing new technologies to overcome this by marrying the disciplines of computer vision, deep learning and robotics.

Our priority has been to generate internationally impactful science and new technologies that will transform vital industries and provide solutions to some of the hard economic and social challenges facing Australia and the world. We believe this can be achieved by expanding the capabilities of robots.

Our aim is to enable a new generation of robots that see, understand and adapt to complex, unstructured and dynamically changing environments just as humans do.

During our seven years, our researchers have created 13 unique robots including logistics robots for pick and pack, underwater robots protecting the reef, robots that pick vegetables, and robots that can operate in surgery.

The Australian Centre for Robotic Vision brings together more than 200 researchers from across Australia and the world. Our strength lies in an interdisciplinary research team that spans four leading Australian universities: QUT, University of Adelaide (UoA), The Australian National University (ANU), and Monash University. 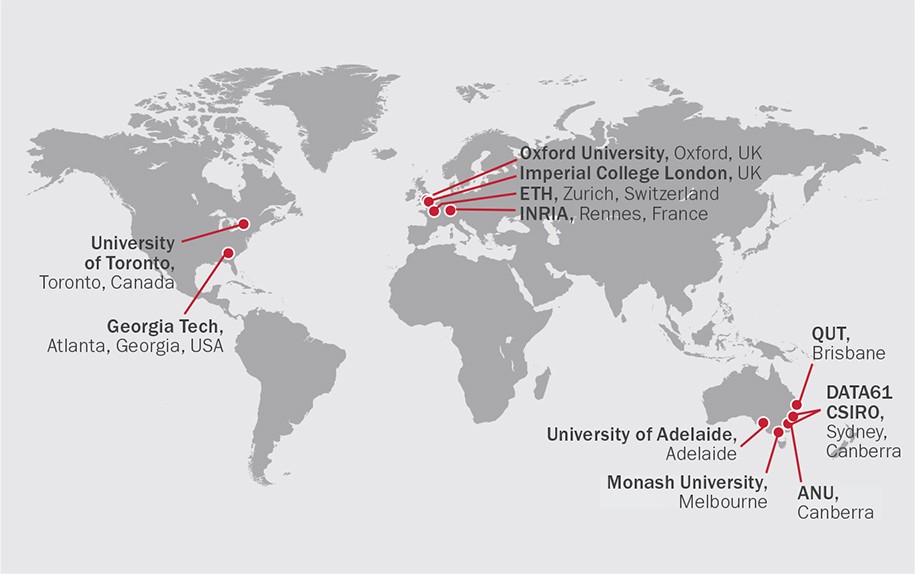 Our formation as an ARC Centre of Excellence

Funded under the National Competitive Grants Program, ARC Centres of Excellence, are prestigious foci of expertise through which high-quality researchers collaboratively maintain and develop Australia’s international standing in research areas of national priority. Importantly, they facilitate strategic collaboration between universities, publicly-funded research organisations, other research bodies, governments and businesses in Australia and overseas.

The Centre’s formation recognises that the breakthrough science and technologies needed to create a new generation of truly useful robots can only be achieved through concerted, large-scale and collaborative effort.

As an ARC Centre of Excellence, we strive to deliver cultural, economic, social and environmental benefits to all Australians.

Distinguished Professor Peter Corke (QUT) and Professor Robert Mahony (ANU) identified the opportunity to bring the disciplines of robotics and computer vision together when the ARC invited applications in 2012 for new Centres of Excellence.

After finalising our collaborative partner agreements in mid-2014, the Australian Centre for Robotic Vision was born. We formally launched on 9 March 2015.

In 2018, our Centre Executive made the decision not to seek a second term as an ARC-funded Centre of Excellence. The Centre was funded for $25.6 million over seven years and 2020 is the Centre’s final full year of operation. The Centre officially ends on the 31st March 2021. 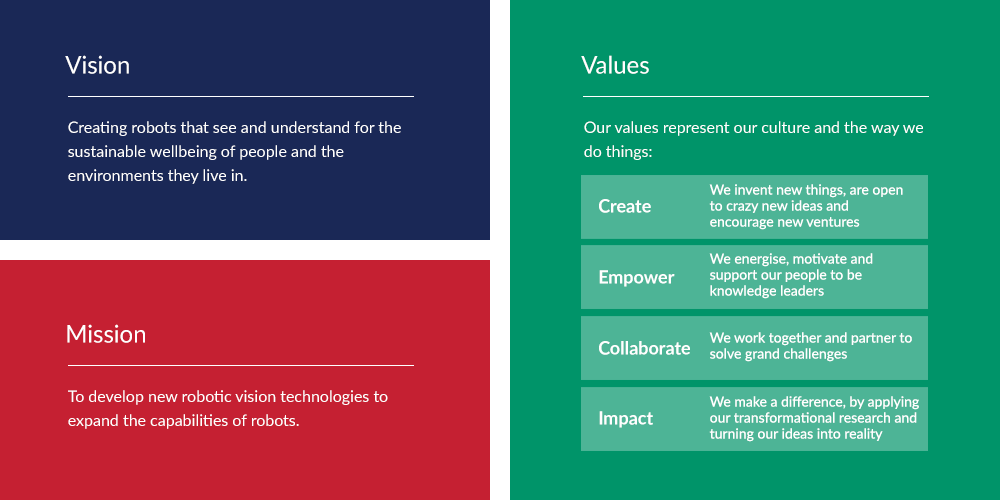