In 2020, our researchers published a total of 238 papers, including 71 conference papers and 56 journal articles, and submitted a further 167 papers. See the 2020 Publications page for a full list.

We led academic, government, industry and business community meetings and presentations, bringing the complex world of robotic vision to a wide audience.

Our Robotic Vision Challenges continued in 2020 and two workshops were run as part of these challenges.

The Scene Understanding and Semantic SLAM: Progress, Applications, and Limitations workshop was a virtual workshop held during the International Conference on Robotics and Automation (ICRA) in June. The workshop focused on progress, applications and limitations and robotic scene understanding and semantic simultaneous localization and mapping (SLAM). The Beyond MAP: Reassessing the Evaluation of Object Detectors workshop was held as part of the European Conference on Computer Vision (ECCV) in August. It featured new evaluation methods for visual object detection and hosted the 3rd Probabilistic Object Detection Challenge which first featured at CVPR2019 and IROS2019.

QUT Chief Investigators Feras Dayoub and Niko Sünderhauf were co-organisers of the Reliable Deployment of Machine Learning for Long-Term Autonomy workshop held during IROS 2020. The workshop focused on the problem of long-term autonomy for mobile robots and the challenge of building reliable machine learning components in the robotic system that can handle abnormal operational conditions, misclassification and detections. Keynote speakers at the workshop included: Nick Hawes (University of Oxford), Tim Barfoot (University of Toronto), Zhi Yan (UTBM), and Ben Upcroft (Oxbotica).

Centre researchers competed in the Open Cloud Robot Table Organisation Challenge (OCRTOC) at IROS 2020. The competition focused on the task of table organisation which is an essential capability for service robots. The competition involved two stages: simulation, and the real robot stage. Our ACRV Team included Research Engineers Steve Martin and Gavin Suddrey, Research Fellow Akan Cosgun, PhD researcher Jesse Haviland and Undergraduate students Rhys Newberry, Jun Kwan and Kerry He. The Team passed the simulation stage and evaluated their solution on the competition’s physical robot via a cloud service. The competition attracted 59 teams from industry and academia.

Centre researchers participated in key conferences in 2020 including: 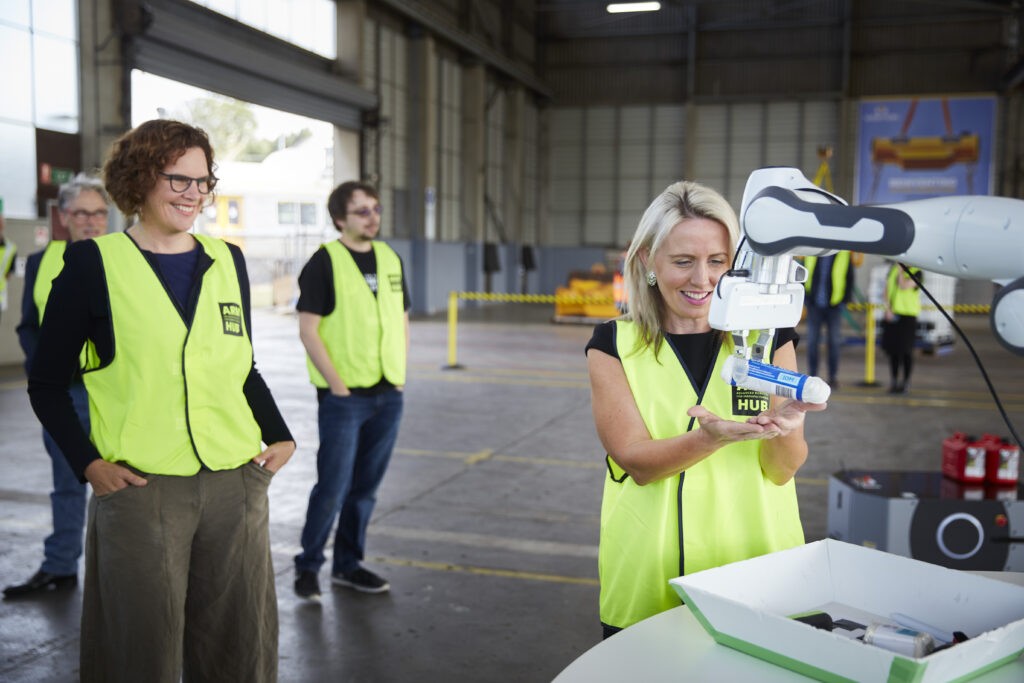 An important design requirement for the Demonstrator was the need for in-built robustness, with the intention of it being able to run unsupervised over extended periods of time.

During 2020, it was deployed to three different locations, including the Advanced Robotics for Manufacturing Hub (ARM Hub), The World of Drones and Robots Congress, and at QUT’s The Cube during a school holiday program. Over 1,000 people have engaged with the demonstrator, including the Honourable Minister Kate Jones, Queensland minister for State Development, Tourism and Innovation.